David Delmas, a local boy, fell under the spell of the food service industry when he was small, naturally pursuing studies in hospitality in La Roche-en-Ardenne, and hotel management in Liege. After his graduation and a stay in Wales, he ended up in Alsace, at several renowned establishments such as Relais & Chateau La Chenaudière in the Bruche Valley, and the Green Valley in Munster where he discovered a passion for wines alongside his colleague and friend Romain Iltis, France's Best Sommelier and MOF sommelier. It was also where this young professional, who was a finalist of the Georges Baptiste Cup and who came 3rd in the Haeberlin Brothers Trophy, met Manon.

The young Chef Manon Schenck, originally from the Munster valley in Alsace, began her apprenticeship in Hospitality at the age of 14 in Colmar, and has worked in some of the great restaurants, such as the Auberge du Frankenbourg, the Buecher family's Michelin starred restaurant in La Vancelle.

Around that time, she won the title of Best Apprentice in France (Alsace region), and was also a semi-finalist for the 2010 Women & Chef prize.

Afterwards she left her native Alsace to work alongside Cyril Molard, at the two starred restaurant Ma Langue Sourit in Moutfort, Luxembourg.

Both being passionate about their profession, and wanting to broaden their professional horizons, they decided to go to Brittany where, for four years, they worked at the Michelin starred hotel restaurant La Butte in Plouider, North Finistère. David as restaurant manager, and Manon as sous-chef. This experience gave them a new vision of sea cuisine, an iodised and fresh gastronomy. Of note as well was a brief stint with Benoit Violier at the Hôtel de Ville de Crissier, a Michelin 3 star restaurant, with the opportunity to improve pastry chef skills.

Naturally by now, they decided it was time to start on their own, and that's how the adventure of La Table de Manon began. 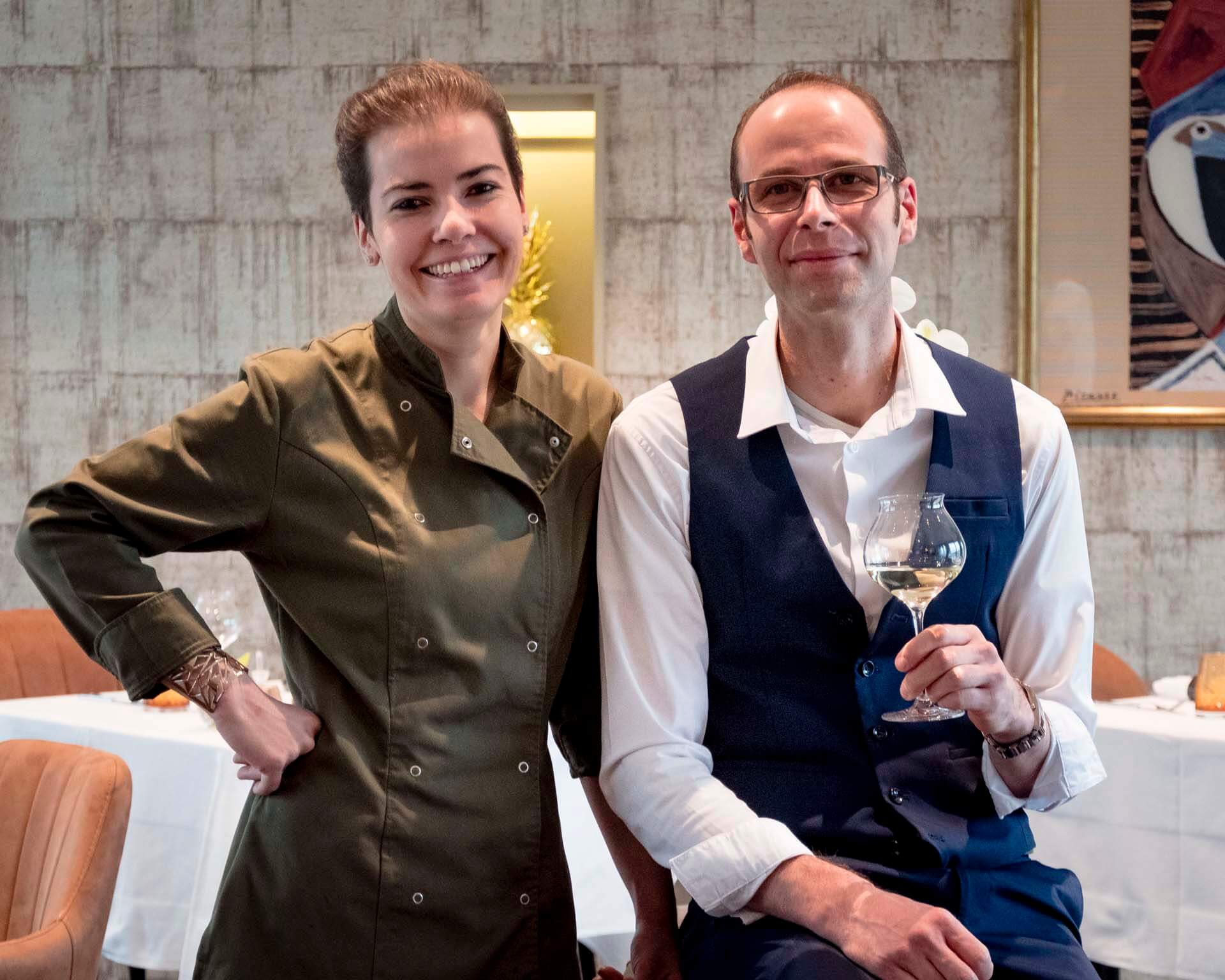